In the latest update of the MRF Tyres ICC Men’s Player Rankings. Surya Kumar Yadav extended his lead on top of the table from 883 rating points to 908. Following up his 36-ball 51 in the second T20I. Surya blasted a majestic ton, it was his third in six months playing decider in Rajkot against Sri Lanka.

The 51-ball 112* was laced with seven fours and nine sixes. Not sparing an inch of the stadium with his sublime 360-degree hitting. Unsurprisingly, he was the Player of the Math as India put on a colossal total of 228/5 and went on to register a massive 91-run win.

His stunning returns in both games puts him second in the all-time T20I Batters Rankings. Just seven rating points behind England’s Dawid Malan (915). SKY was placed fifth in the all-time list during the previous update of the rankings. But has now surpass Babar Azam (896), Virat Kohli (897) and Aaron Finch (900) over the last week. 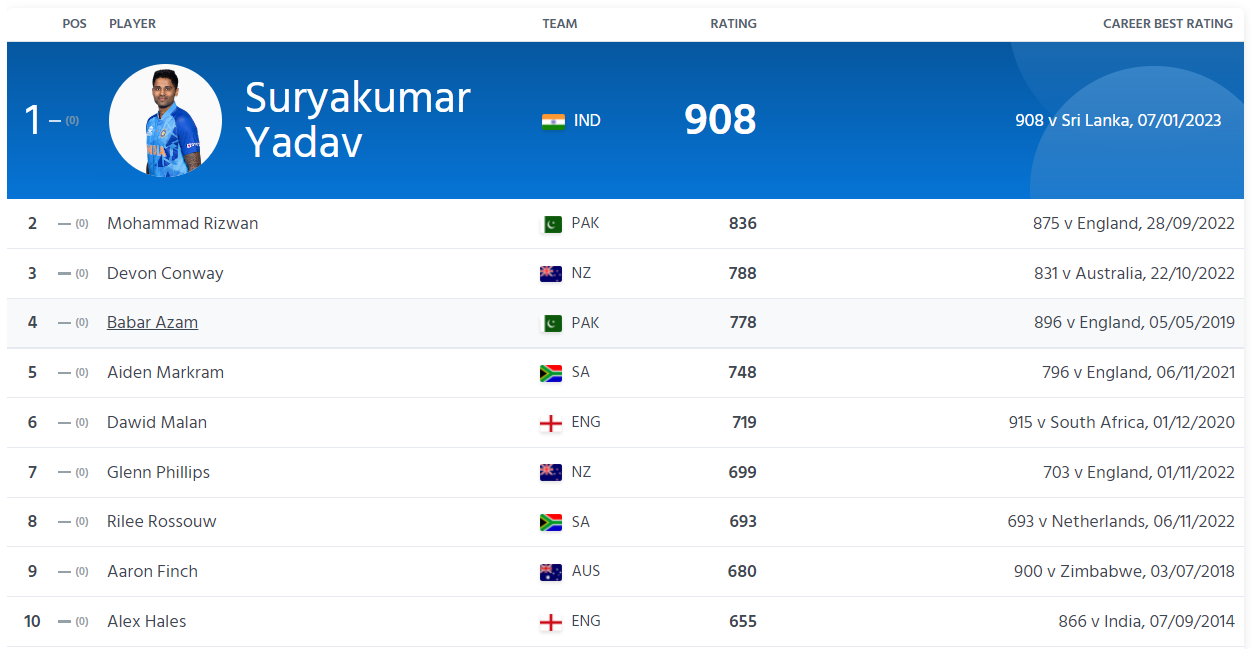 Making his T20I debut after turning 30. But there has been no stopping him ever since as he has gone to rack up runs consistently at a rate not seen before. In 45 T20Is. Surya has accumulated 1578 runs at a phenomenal strike rate of 180.34. The highest for any batter with more than 250 T20I runs.

In the ICC Men’s T20 World Cup 2022, he finished as the third-highest run-getter with 239 runs in six matches. While striking at an eye-watering 189.68. All three of his fifties – against South Africa, Zimbabwe and Netherlands – proved to be crucial knocks under the circumstances and in the case of the latter two, turned the tide in favor of India.

Surya Kumar will not have to wait for too long to gun for Malan’s record. As New Zealand are set to travel to India for a white ball tour. The Tour consisting of three ODIs and three T20Is later this month. The T20I series will kick off on 27 January in Ranchi and good returns against the fifth-placed Kiwis could see Surya break yet another record, something he has made a habit of. 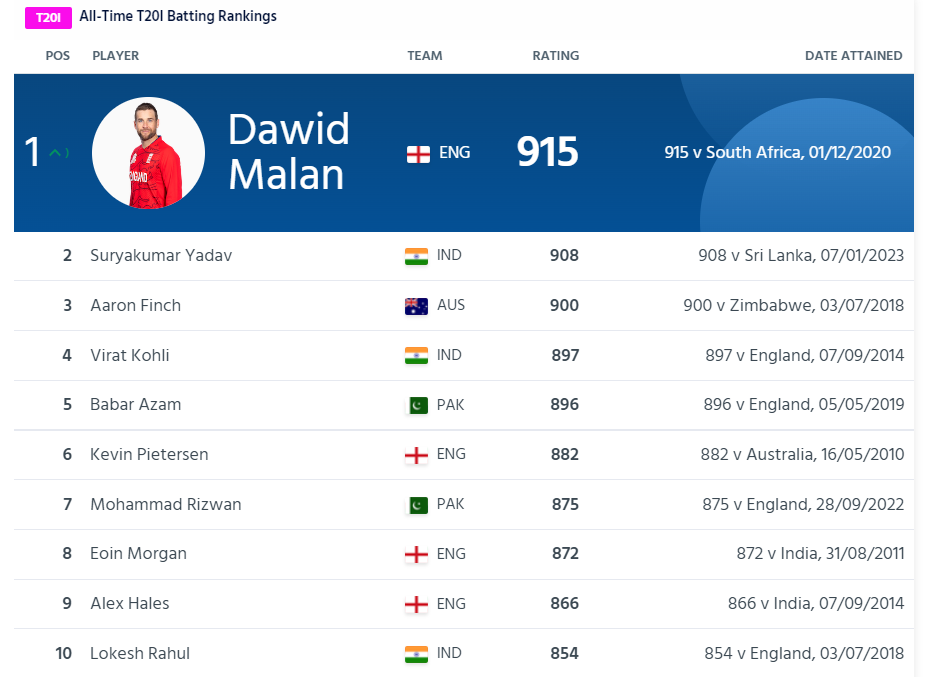