MSA vs BT Match Prediction: Morrisville Samp Army will make its debut in the tournament this season.

MSA vs BT Match Prediction: The third match of the Abu Dhabi T10 2022 league will take place between the Morrisville Samp Army and Bangla Tigers as the latter get ready for their second match of the league in less than 24 hours of the completion of their campaign opener match.

MSA vs BT Where to Watch

The game between Morrisville Samp Army will be telecasted on Sports 18 & Jio Cinema. Fans will be able to watch the live streaming of the MSA vs BT match on Jio Cinema.

MSA vs BT: When to Watch

The pitch at Sheikh Zayed Stadium, Abu Dhabi will be supportive of the batters. But will wear out as the game progresses. Thus, teams are likely to chase in the game. The teams chasing at this venue will admit some good outcomes. The captain winning the toss would likely opt to field first.

Shakib Al Hassan could be a wise pick for the fantasy game as he can contribute in the high level. 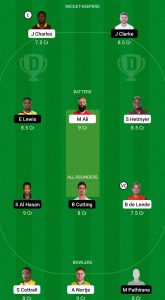 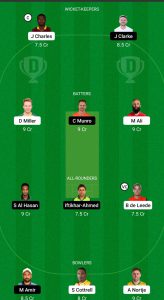 There are two teams for the Dream 11 fantasy picks: