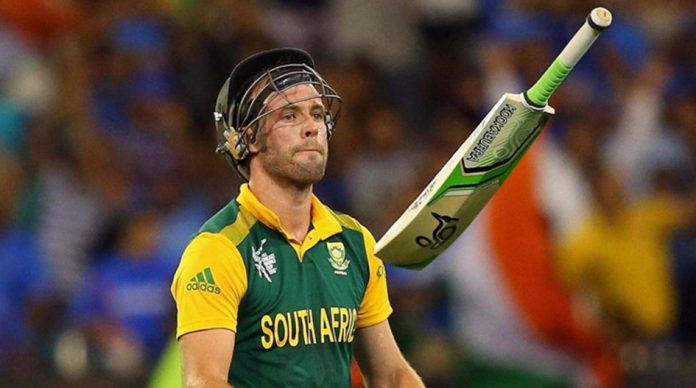 5 terrific ODI centuries:The first ODI in Hyderabad had no business going down to the wire. India had New Zealand reeling at 131-6. It was here when Michael Bracewell took matters into his own hands. He staged a stunning counterattack almost taking the kiwis home.

Bracewell brought up his century off just 57 balls. At one stage it even appeared that New Zealand was the favourites to win. He was eventually dismissed for a 78-ball 140 but not before giving India a mighty scare.

We look at a few such spirited ODI centuries that came in a losing cause against India:

India won the toss on a sluggish wicket in Chennai and elected to bat first. Virat Kohli scored a brilliant 138 to power India to 299-8. The score seemed above par on what appeared a two-paced surface. But South Africa was in the contest as long as AB de Villiers was at the crease.

The South African captain put on a masterclass taking the game deep. ABD was the only batsman in the Proteas lineup who appeared comfortable at the crease. He finished with 112 off just 107 balls. But that didn’t prove enough in the end as Africa fell short.

He carried the weight of the entire team on his shoulders last year. Sikandar Raza had a brilliant 2022 wherein he could do little wrong. He put on a show in the ODI series against India last year. India posted a competitive total of 289. Zimbabwe in their reply was tottering at 169-7. Raza then played one of the finest knocks in recent times to take the host nation close. He scored 115 of 95 balls before being the second last batsman to be dismissed. India survived a mighty scare!

India had put up a massive total of 414-7 batting first on a flat wicket in Rajkot. Little did they expect what was to hit them in the second innings. Sri Lanka came out all guns blazing in the chase. Tilakaratne Dilshan severely punished the Indian bowling. He looked relentless in his approach. Dilshan smashed 160 off 124 balls to lay the foundation for a famous Sri Lankan win. The visitors though choked in the end overs to lose out narrowly.

It was another high-scoring contest as India and Australia locked horns in the decider. Rohit Sharma’s maiden ODI double hundred (209) and MS Dhoni’s blitzkrieg at the end took India to 383-6. Australia needed something special to even come close to the total. They were 74-4 at one stage and 138-6 later. Glenn Maxwell played a smashing cameo scoring 60 off 22 balls but Australia needed someone to hit a 100 to challenge India. James Faulkner batting at number 7 scored a brilliant 73 balls-116 comprising 11 fours and 6 sixes. He was ironically the last batsman dismissed as Australia finished at 338.

It was the first ODI of the friendship series between the arch-rivals. India posted a mammoth total of 349. Virender Sehwag, Rahul Dravid, and Pakistan’s indiscipline helped the visitors race away to such a total. Pakistan needed a gargantuan effort from their batsmen to defeat India.
Inzamam-ul-Haq the captain took the onus on himself to step up for the side. He smashed a brilliant 122 off 102 balls. Pakistan looked all set to upset India’s plans but the bowlers held their nerve at the end to stifle Pakistani batters. It was one of the finest knocks that ended up in a losing cause.