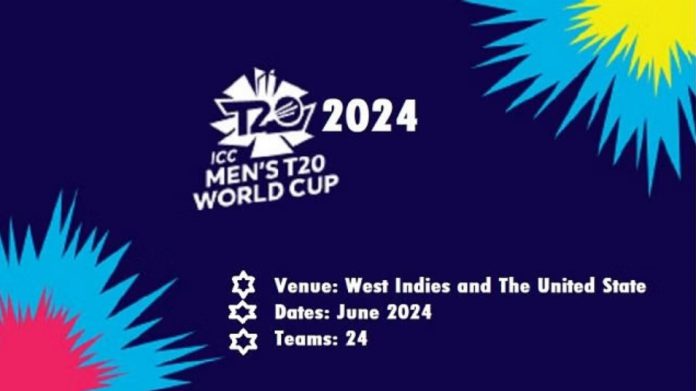 It hasn’t been so long since the T20 World Cup 2022 concluded. The memories of England lifting the trophy is still afresh. Yet, we have preparations for the next T20 World Cup which will be in 2024 already started. A new format will be used at the 2024 Men’s T20 World Cup. The tournament will be held in the West Indies and the United States.

Unlike the First Round/Super 12 structure for the 2021 and 2022 editions, the 20-team tournament proper in 2024 will operate in two phases before the knockout rounds. Instead of Super 12, we will see a new Super Eight phase.

In a Super Eight phase, the remaining teams are divided into two groups of four teams, with the top two teams in each of the four groups of five moving on. The top two finishers in each group advance to the semifinals. The next will be the championship game.

The opening round of the last two T20 World Cups included two groups of four teams each. This was including both teams that qualified for the competition and teams that placed between ninth and twelfth in the previous World Cup. In the second round, the top two teams from each group that had advanced to the first stage joined the other eight teams who had previously qualified for the Super 12 stage.

But first, we need to decide which 20 teams will participate.

12 teams have already confirmed their participation in the 2024 T20 World Cup. West Indies and the United States qualified automatically as the competition’s hosts. In addition to the defending champions England, those that placed in the top eight in the 2022 edition included Pakistan, India, New Zealand, Australia, Sri Lanka, South Africa, and the Netherlands.

The other two teams had already secured their spots because, as of the deadline of November 14, 2022, Afghanistan and Bangladesh were ranked second and third, respectively, in the ICC’s T20I rankings. Regional qualifiers will be used to fill the final eight positions.

The T20 World Cup is currently being won by England, who defeated Pakistan on November 13 in Melbourne.

India will host the 50 Over World Cup in 2023. The current Champions of the tournament are England too. This will be an important tournament to decide the future of One Day International Cricket Format in the coming future. The team will be all set to prepare for the cup and bring home the glory.